The greater sage-grouse (Centrocercus urophasianus)--a once-abundant bird emblematic of the wide open spaces of the West--is now gone from nearly half of its original range, with steady declines occurring in Colorado and neighboring states. It is the largest grouse in North America. Recent studies have confirmed that oil and gas drilling activities, which have increased dramatically across the Intermountain West in the past decade, are disturbing sage-grouse breeding and nesting sites and leading to population declines in Wyoming, Colorado, Utah, and other Western states. In addition to drilling in the area, threats also include destruction of sagebrush habitat due to sprawl, agricultural conversion, and wildfire. The U.S. Fish and Wildlife Service estimated that sage-grouse populations have declined between 69 and 99 percent from historic levels. The Pronghorn (Antilocapra americana), is a species of artiodactyl mammal native to interior western and central North America. Though not an antelope, it is often known colloquially in North America as the Prong Buck, Pronghorn Antelope or simply Antelope, as it closely resembles the true antelopes of the Old World and fills a similar ecological niche due to convergent evolution. It is the only surviving member of the family Antilocapridae. 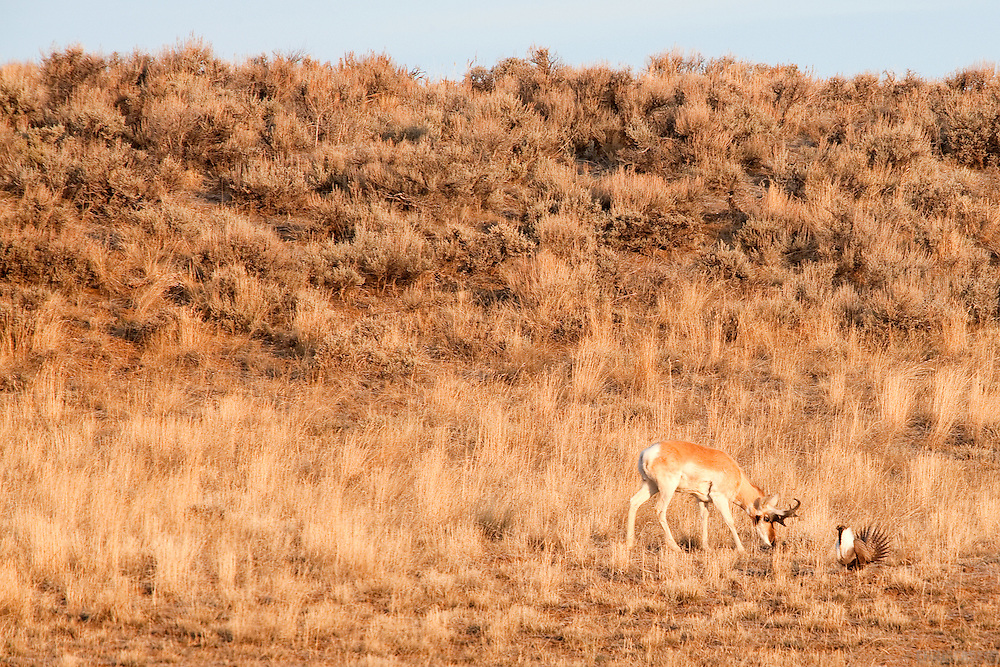