The ceiling of the Lower Chapel of Saint-Chapelle (holy chapel), Paris, France.

The Sainte-Chapelle, the palatine chapel in the courtyard of the royal palace on the Île de la Cité, was built to house precious relics: Christ's crown of thorns, the Image of Edessa and thirty other relics of Christ that had been in the possession of Louis IX since August 1239, when it arrived from Venice in the hands of two Dominican friars. Unlike many devout aristocrats who stole relics, the saintly Louis bought his precious relics of the Passion, purchased from the Latin emperor at Constantinople, Baldwin II, for the exorbitant sum of 135,000 livres, which was paid to the Venetians, to whom it had been pawned. 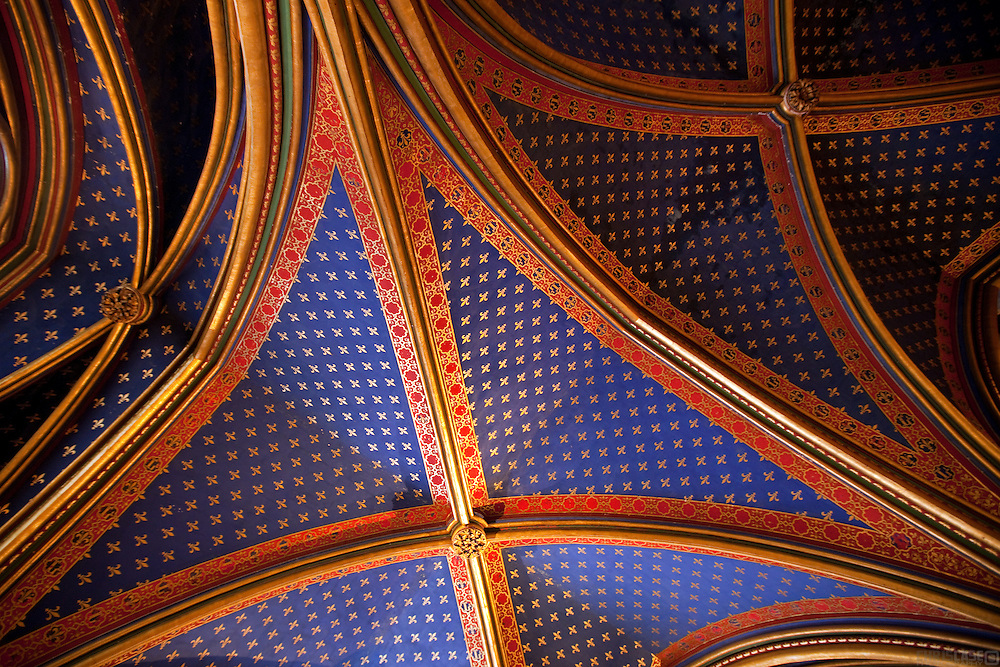